| LATKE WEEK | DAY 1! Welcome to Potato Latke Week, everybody! I will be sharing five delicious #glutenfree and #paleo Potato Latke recipes. When I share my family recipes, they are usually from my mom’s side of the family, which is Puerto Rican. My dad’s side of the family is Eastern European – a mix of Russian and a few neighboring countries.  My dad’s mom (my Mema) was a fantastic cook and she used to make potato latkes every year for Hanukkah. She gave my mom the recipe for her Latkes, and my mom has carried on her legacy. This year I wanted to honor my Mema and continue on the Jewish tradition of making Latkes for Hanukkah. I made one traditional batch and the other four have a little “spinach and bacon” spin on them!
First Up – Traditional Potato Latkes made with tapioca flour and some @primalpalate garlic herb seasoning  served with unweetened Applesauce (and a side of sour cream).

Directions:
1. Grate the potatoes using the grating disc of your food processor or by using a box grater.
2. Take half of the grated potatoes and add them back to a food processor and pulse a few times until they start to resemble mashed potatoes. You want half to be grated and half to be a mashed consistency. This will ensure creamy, but crunchy latkes.
3. Drain all water from the potatoes by using a nut milk bag or cheese cloth. (This step is very important. If you dont remove all of the water, the latkes will never crisp up) I use the nut milk bag from www.elliesbest.com. You can use the code “spinachandbacon” to receive 10% off your purchase.
4. Once all the water is removed, add the potatoes to a large bowl.
5. Throw the onions and shallot into the food processor and pulse until it starts to look like a paste.
6. Squeeze all water from the onions using a cheese cloth or nut milk bag.
7. Add onions to potatoes.
8. In a small bowl, beat the eggs with the salt, pepper and garlic and herb seasoning.
9. Pour egg mixture over potatoes and onions, and mix well.
10. Add flour and baking powder to the mixture and mix well.
11. Heat enough oil(avocado oil or oil of your choice) in a large skillet to cover the bottom of the pan. Use medium heat.
12. Once oil is hot, drop spoonfuls of the potato mixture into the oil. I use a heaping tablespoon and then I use the back of the spoon to flatten the latke once it is in the oil. Do not move the latke for about 3 minutes. Once one side is golden brown, flip it over and brown the other side.
13. As the latkes are cooking, transfer them to a paper towel lined baking sheet to absorb excess oil. 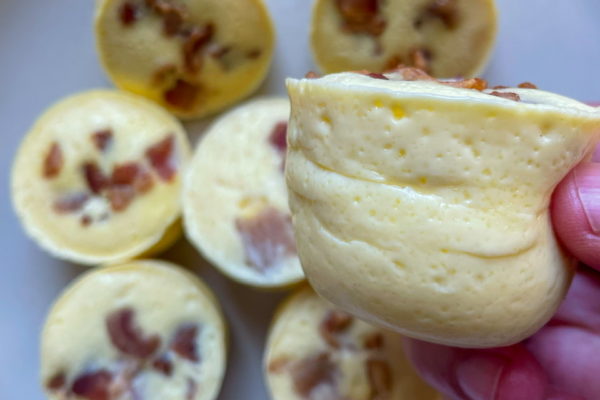 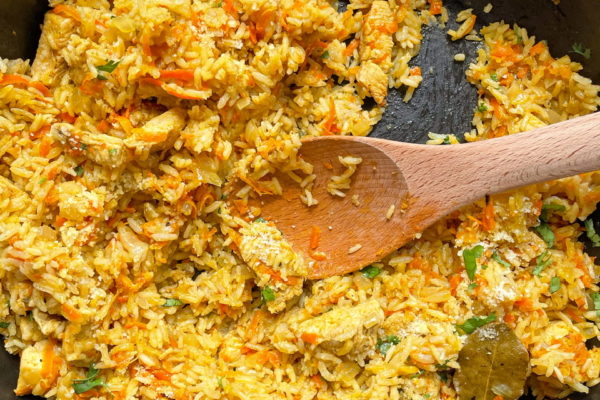 One Pot Chicken and Rice
2 Comments